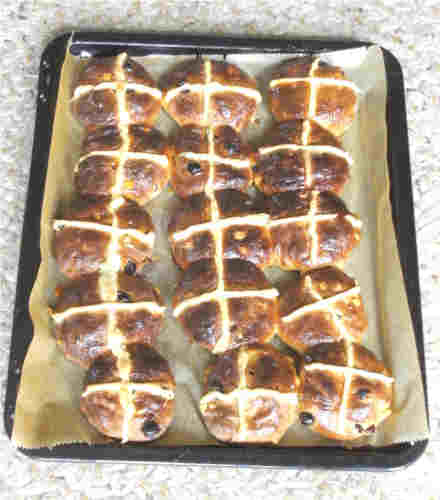 A hot cross bun is a spiced sweet bun made with currants or raisins, marked with a cross on the top, and traditionally eaten on Good Friday in the British and Irish Isles, Australia, Canada, India, Ireland, New Zealand, Pakistan, South Africa and some parts of America. The buns mark the end of Lent and different parts of the hot cross bun have a certain meaning, including the cross representing the crucifixion of Jesus, and the spices inside signifying the spices used to embalm him at his burial.